Elliot Montieth is a life-long avian enthusiast. Inspired by a childhood visit to WWT Martin Mere, he quickly became captivated by all aspects of birds, in particular the identification of age, sex and subspecies which is aided by his Asperger’s Syndrome. From his early teens, Elliot became an avid patch and county-worker that subsequently lead to a taste for twitching, as well as keen interest in migration and vagrancy potential. 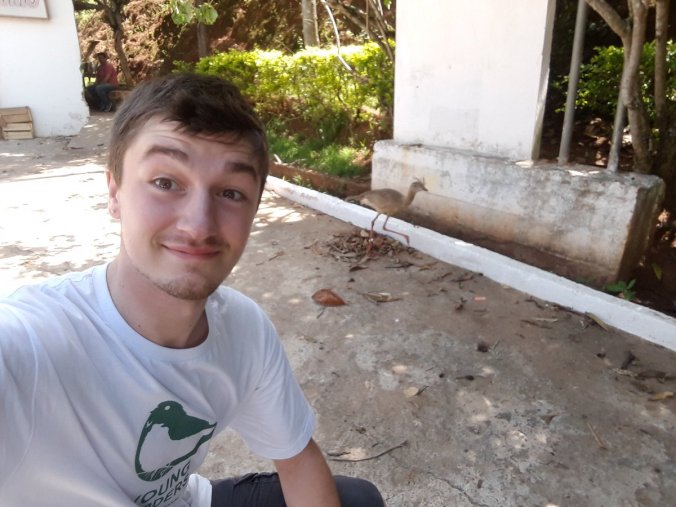 Elliot and a 2cy Red-legged Seriema (Cariama cristata) from a trip to the Atlantic Rainforest of Brazil with the Cornell Lab for Ornithology.

Elliot has traveled widely in his late teens, formerly around Europe but also to destinations further afield in recent years. His passion for photography has grown in tandem with this, and he now never goes anywhere without his Canon gear!

As well as his position at the trust, Elliot writes frequently with features in the likes British Birds, BirdWatch Magazine and BBC Wildlife Magazine. In addition to this, he has also worked with the British Wildlife Photography Awards and the Cornell Lab for Ornithology. Elliot also presents talks and guided walks on a freelance basis.

3 thoughts on “About Elliot”